Anbaric Development Partners controls an approximately 18-acre parcel of land adjacent to the Deans Switching Station in southern Brunswick, operated by Public Service Electric & Gas. It is a station that is universally considered to be the first place where the electricity produced by offshore wind turbines should be fed into the state power grid, as the station will be able to absorb a lot of energy without requiring much upgrading. .

The plot’s location is so ideal that any of the 13 companies seeking a contract from the New Jersey Board of Public Utilities to build a transmission system for offshore wind energy would love to have it.

That’s why Anbaric acquired the property over the past decade – long before state officials asked BPU and regional transmission organization PJM Interconnection to incorporate New Jersey’s offshore wind targets. in the regional transmission planning process known as the State Accord Approach, the first of its kind in the country.

That’s why Anbaric has not only designed a potential 18-mile onshore transmission line (the Boardwalk Powerlink project) – one that will carry electricity generated in the ocean back onshore at Keyport to this Deans substation – but he did a lot of the early permits and site approvals, as well as establishing the kind of personal relationships needed to get things done in this state.

That’s why Anbaric hopes to top the list later this month, when the BPU announces a price for a multibillion-dollar transmission system that could be awarded to one or more applicants.

Simply put, Anbaric believes it has the only “off the shelf” proposition, thanks to its many investments of time, money and relationships over the years.

“We have a project that is ready to go,” said Janice Fuller, president of Anbaric’s efforts in the Mid-Atlantic region.

Fuller said the company understands that these efforts carry great risk — after all, nothing is guaranteed in a competition that so many companies are competing against.

Anbaric, however, felt it was a risk worth taking. So did its partners: Ferreira Construction, a seasoned civil engineering and utility contractor in New Jersey, and the Ontario Teachers’ Pension Plan, which provided the funding.

“It’s something that we as a company have chosen to do,” she said. “We recognized that there might never be a solicitation for which we could bid on a project – or that we might not be selected if there was. meaning.

“And we believe that gives us a competitive advantage, because it provides us with an off-the-shelf project that the BPU can trust will deliver what is needed, when it is needed.”

Like the other entities involved, Anbaric and Fuller are now in the waiting moment of the process.

BPU officials have long said a selection will be made in October, with the October 26 board meeting being the day of the announcement. But how many companies will be selected (there could be more than one), the scope of the application and the timeframe for completion are all unknown.

Fuller recently spoke with ROI-NJ about Anbaric’s efforts. Here’s a preview of the conversation, edited for more space and clarity.

ROI-NJ: Let’s start with the Boardwalk Powerlink project. Give us more context and explain how it will impact the communities it touches.

Janice Fuller: We come ashore from the water in Keyport, in the North Raritan Bay area of ​​Monmouth County. It is a little over 18 miles from there to southern Brunswick. The entire route is in public right-of-way on existing roads. It is a buried construction, so there are no overhead transmission lines. We open the road, dig a trench, lay the cable, fill in and repave the streets. Everyone gets some very nice new streets out of it.

The Boardwalk Powerlink project is Anbaric Development Partners’ response to the state’s request for a transmission project that will help bring power from offshore wind turbines to the power grid. This is an 18 mile overland route that begins in Keyport and travels to Deans Substation in southern Brunswick.

The project has two unique investors: a construction company and a teachers’ pension fund.

“Ferreira Construction is now a national company, but it is still a New Jersey-based minority company doing a lot of energy projects,” she said. “We have been working with them on this project for a long time. They helped us design our routing and worked on the engineering. And, when it came time to submit our bids last year, they also became a minority investor in the project, not just a construction partner.

“The Ontario Teachers’ (Pension Plan) has approximately $200 billion in invested capital worldwide. They came to Anbaric six or seven years ago and said they wanted to work with us to fund renewable infrastructure projects.

ROI: We guess finding the right route was a challenge. Talk about effort.

JF: Anbaric has been developing this project for many years. We did the land acquisition, the alignment, the engineering, the permits — all of that. More than that, we did the less tangible part, the community and stakeholder engagement that comes with such a project. We have established relationships with the local communities where our project will begin and end for years. It’s as important as anything.

ROI: Why is that?

JF: I think if you look at the transmission of offshore wind projects, not just in New Jersey but everywhere, transmission is often where they struggle. Where will this cable touch the ground? Where will he go from there? And where will you build the necessary infrastructure converter station? This is where you can run into issues where communities get uncomfortable.

We have built relationships with the communities our project will affect, got to know elected officials and understood the concerns of community groups. What would they want? Is it better if we go to this street instead of this street?

These are the types of conversations you don’t want to start having after award – when the state is ready to build the project. We’ve had these conversations now, with the goal of removing as much of this risk from a project as possible.

I’m not going to say you’ll never have another problem. Communities change, different people come in. But we did that work and we made ourselves known in that community so that people were comfortable with us.

ROI: The BPU has indeed already encountered problems when handing over the Ocean Wind I project. Last month, the BPU approved the plans despite objections from Ocean City.

JF: We think we can avoid problems like this. When we acquired a property, we did so with enough space to be able to integrate it into the community. We work with local elected officials asking them: “What do you want this building to look like? How can we make this more acceptable to your community and be a welcome neighbor? »

Clean energy should be positive. We should want people to want it. We want communities to recognize that this can be a benefit. We don’t want to have the negativity of being an unwanted neighbor.

ROI: We appreciate all the goodwill, but how will that translate? Is it possible to say how much sooner Anbaric will be able to do the job thanks to this preparation work?

JF: I would say it easily takes at least a year on a timeline. There’s value in the fact that we can start essentially immediately – and I think there will be fewer delays throughout the project due to the work we’ve already done.

If they divide the price between several bidders, there will have to be scheduling and coordination between the companies that are awarded. I don’t know if there’s really a right or wrong answer to all of this, but I know we’re good to go now.

ROI: It has to be said, part of Anbaric’s ability to nurture longstanding relationships with so many Chosen Ones brings you credit. How do your various previous jobs in government, including that of former chief of staff to US Representative Frank Pallone, help you in your role?

JF: I have spent my entire career inside and outside the government of New Jersey. I recognize that it has value. I grew up in New Jersey, I understand and accept the local control of our 500+ municipalities. And I understand that for these projects to succeed, local buy-in and acceptance is essential.

I’ve said it many times and I mean it: you can get your federal permits and your state permits, but what you really need to do is work with that local community organization or zoning board that’s going to rezone ownership and making sure you are able to actually build what you need to build.

I think my experience gives me a different perspective, because I understand that you are in these communities for decades to come.

ROI: Which brings us back to where we started: Anbaric didn’t start working on transmission proposals when the state made its announcement.

JF: It’s exactly that. For years we thought, if we ever had an independent solicitation in New Jersey for the transmission, where are the best places to bring the power? And how would we get there? This is how we came to develop our Deans project – and think of other projects that would connect to Larabee and Sewaren. We had been thinking about these places for a very long time, so we were ready.

When the state made the announcement, we weren’t starting from scratch. We were activating what we had planned. 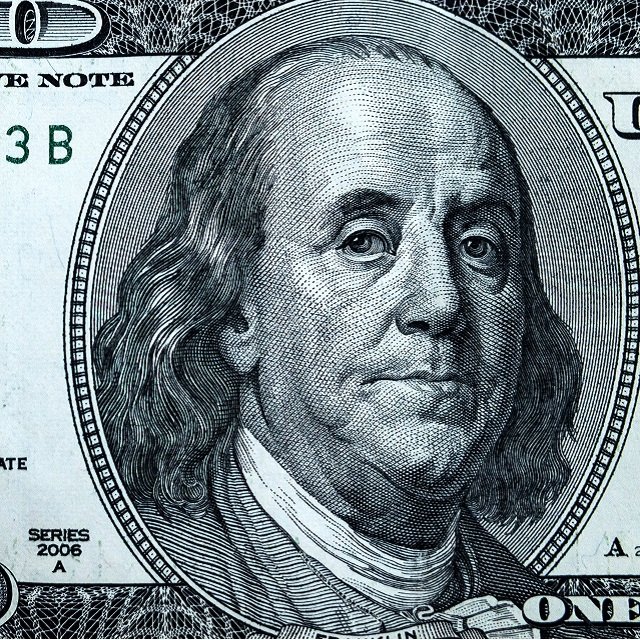